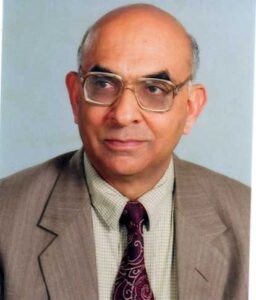 Mr. Rajan Kashyap, IAS served as the Chief Information Commissioner for Punjab.
Mr. Kashyap has been a Member of the Indian Administrative Service for 38 years.
He served as Chief Secretary to the Government of Punjab. as well as Principal
Secretary for Finance, Government of Punjab. Mr. Kashyap served in the Ministry
of Home Affairs, India. During his various appointments with the Punjab
Government, he promoted the adoption of various forms of public-private
partnership. He served as an Independent Director of Escorts Heart Centre Limited.
He served as a Non Executive Independent Director of Fortis Healthcare Ltd. Mr.
Kashyap graduated with an MA in English from Punjab University and has
a Master's of Philosophy degree in Development Economics from the University of Cambridge, United
Kingdom.

Shakti Foundation is a registered not-for-profit entity started by a group of like-minded socially conscious citizens in 2010 to provide shakti (energy) to people and children to better their quality of lives sustainably.